Do You Need A Backwater Valve?

A backwater valve is a drainage fitting that is like a check valve with grade. It will only pass drainage one way.

Here is an example of the need for a Backwater Valve. Recently, in a nearby town, a piece of wood from a construction site found its way into the city sewer where it became wedged and stopped the flow of sewage in that pipe.

The sewage backed up till it reached the first upstream opening, where it flowed out freely. That opening was the basement toilet of a house. The family that lived there was away on vacation. They returned to a home inundated by thousands of gallons of raw sewage.

While this is an extreme example, sewage backing up into homes is not unheard of. That is why the plumbing code requires that when a fixture is installed so that its spill rim, (the point at which water overflows onto the floor), is below the next upstream manhole in the street, that fixture must be protected by a backwater valve. 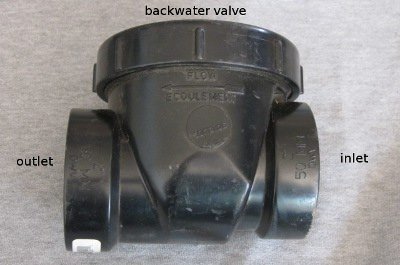 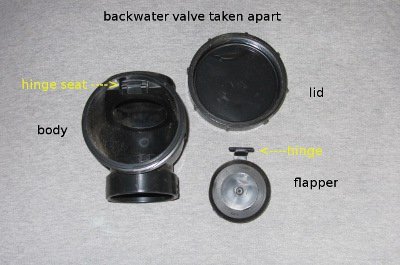 This seems fairly simple, but there is more to know.

A back water valve is an appliance that requires accessibility. It may foul and need to be serviced. Therefore it is usually covered by a box with a removable lid when set in a finished floor. You can not run a drain snake through it as the cable will be trapped by the flap of the one way valve. Trying to draw the cable back will scar the valve seat which will cause the valve to fail. When a BW valve is in the system, the drain snake must be introduced into the pipe through the removable top of the BW valve or into a downstream clean out.

BW valves may be installed directly into the horizontal exposed drains that serve sinks and clothes washing stations. You may purchase them in ABS plastic and glue them into the drain pipe section or purchase them with neoprene hubs that clamp on to the pipe wall. There are also BW valves that fits into the openings of the floor drains. One is made by General Wire Co. and is called a 'Floodguard'. Another is made by ProVent and is called "Trap Guard".